MUSIC MATTERS IN THE UK

As a classically-trained pianist, I lost the confidence to improvise and create my own music because lessons as a child focused on playing exactly what was on the page. Now, years later I wish I had the ability to play by ear and not shy away from simple improvisations. I don’t want my students to have to choose one over the other, but rather successfully live in both worlds - playing by ear and reading music. Fortunately, I was introduced early on in my Fulbright to the Scottish fèis, an immersive teaching course, specializing in traditional music and culture. At a fèis people gather for an intensive period of time to learn new tunes during the day and play together in a session (a social gathering where folks perform in an informal setting - i.e. pub) at night. My first fèis took place in Kelso through the Merlin Academy of Traditional Music. This three-day weekend opened me to an entire network of fèis going on throughout the year, which often come in the form of extended weekends, holidays or summer camps. 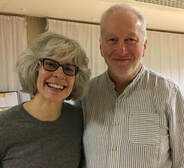 In Kelso, I met Iain Fraser, the Director of Merlin Academy, who led many of the sessions. Ian developed the Glasgow Fiddle Workshop (where I take fiddle and mandolin lessons), has been actively involved in Fèis Rois, and was the principal fiddle teacher in the Scottish Music Department of the Royal Conservatoire of Scotland. He also edited Scottish Fiddle Tunes: 60 Traditional Pieces for Violin, which is the music book I had been using back in Juneau, Alaska to help prepare me for my trip to Scotland. Iain has been key to promoting and sustaining traditional music in so many ways throughout Scotland.
During the fèis in Kelso I learned valuable lessons about traditional music : 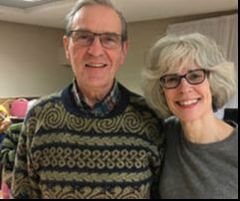 Davidʼs Story: David plays the fiddle and learned traditionally by ear. He shared that his granddaughter was banned from school orchestra because she couldnʼt read music, yet played at an advanced level. David said it was fèisean like these where his granddaughter discovered that she wasnʼt alone and that another world existed where she could "play like her grandpa." She has since been invited back to her school orchestra. David said sheʼs learned how to navigate both worlds, but sadly has learned not to mention grandpa in school. I know this heartbreaking story has been told by others on both side of the Atlantic. I wonʼt forget this story, David. Thank you for telling it and allowing me to share it.

The For those of you interested in Fèis being offered throughout the year for adults, I can't recommend them highly enough. I attended both Fèis Gleann Albainn in Fort Augustus and Fèis Rois in Ullapool and plan to come back next summer to attend more. Here are some that I have found, but am sure is not exhaustive:


I would like to thank FiddleClass.com for creating a list of fiddle classes throughout Scotland, which helped me locate my first Fèis. The Traditional Music and Song Association of Scotland also publishes an Event Calendar, which contains dates and information of various traditional music festivals, events and folk clubs across Scotland in 2018 and into early 2020.